No social links are set.

When I was a kid, I loved going over to my grandmother’s house for sleepovers. We would eat all my favorite foods, bake desserts, and watch late-night TV shows like “Morgus Presents,” a local rerun of old horror movies hosted by a quirky mad scientist and his henchman. Those were some of the best times of my life, and those memories are among the best of my childhood.

With age, I didn’t visit my grandma as often, and one day I learned that she had passed away. I regret not spending more time with her during her final years with us every day. As adults, we can get so caught up in everything that we start taking those we love for granted. One granddaughter, however, says she doesn’t want to make that mistake with her grandfather.

The woman’s grandpa recently invited her to have a sleepover, just like they used to do when she was a little girl. Although most people would have found an excuse to not hurt their grandpa’s feelings, this granddaughter thought it was a great idea and agreed right away! 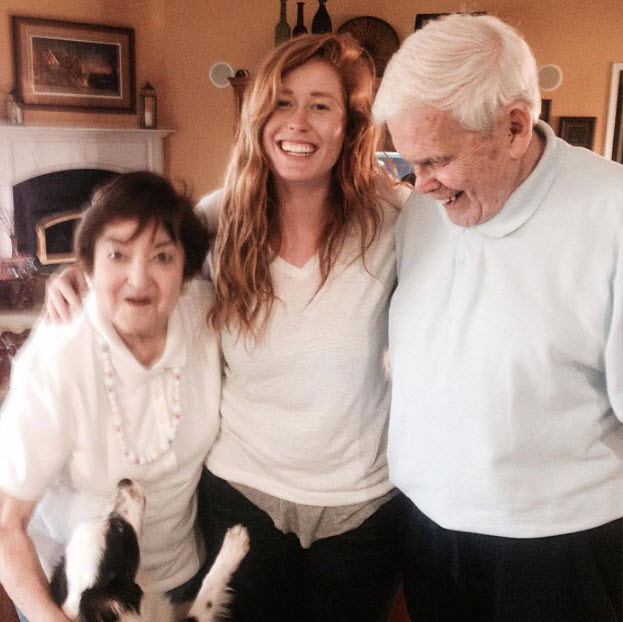 Megan Elizabeth has always had a great relationship with her grandparents ever since she was a child. She shared many heartwarming memories with them during her countless days in their loving care. Megan and her grandfather lost grandma a few years ago. Since then, he has been feeling a little lonely.

Megan shared a conversation she had with her grandfather on her Instagram and TikTok accounts. On one of their phone calls, her grandfather was feeling under the weather and even crying. One night, he texted her out of the blue to ask if she wanted to come over for a sleepover, saying:

“I haven’t felt well and miss you. Let’s order food and watch a mystery show.” I love you, Grandpa.”

Megan shared the texts explaining how he’d been feeling so lonely ever since she last spoke with him. 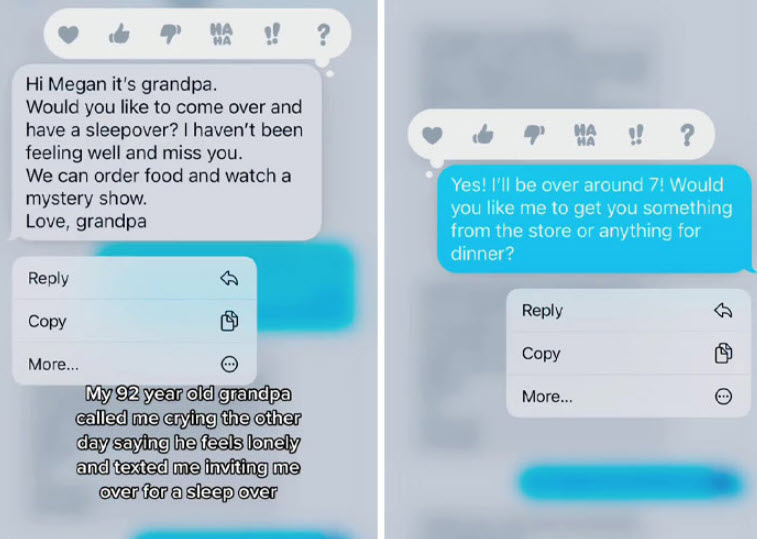 She said in the caption that his health had declined, so she was taking every opportunity to see him. Meghan hopped in her car, drove over to KFC, and stopped at the grocery store to pick up some snacks. 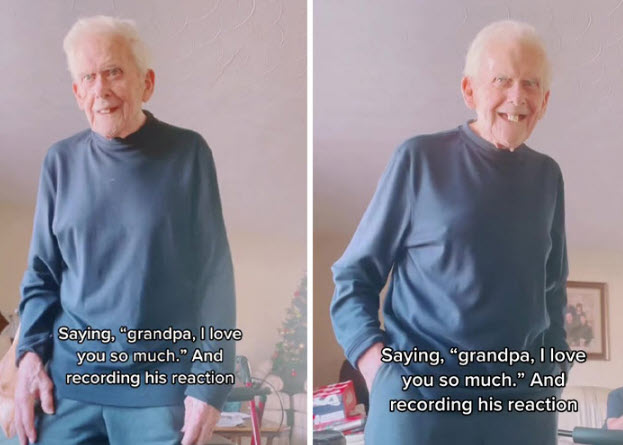 Grandpa also had a few requests:

“Can you pick up applesauce?” Cinnamon applesauce. Also, if you go somewhere with mashed potatoes, I would like that since I have no teeth and can only eat soft foods. Ha!” 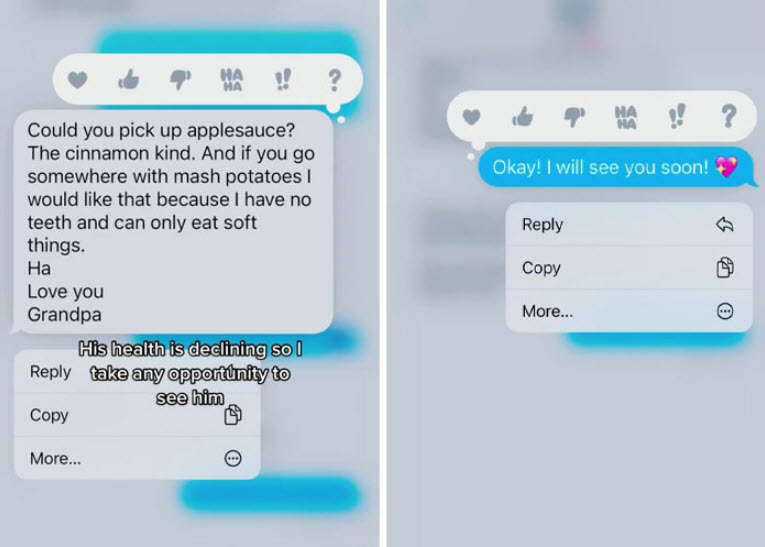 He also added some strawberry ice cream to the list, and who can blame him! 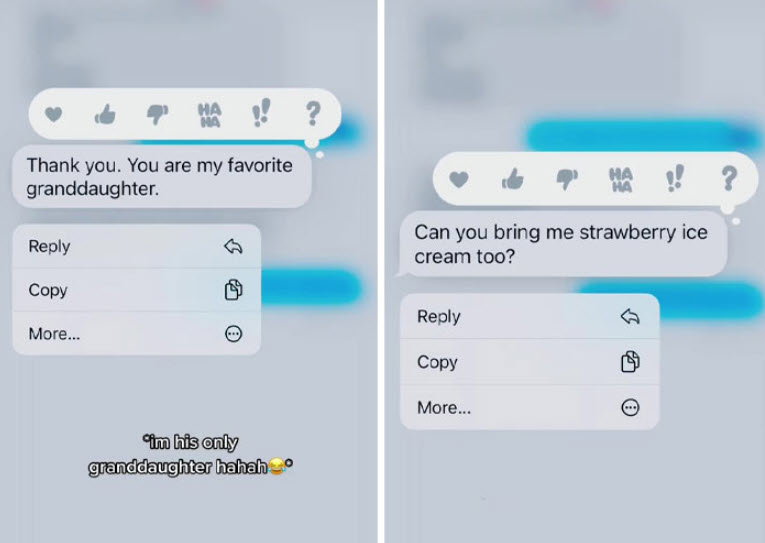 “Thank you,” he wrote at the end of the text. I love you and you’re my favorite granddaughter.” Meghan couldn’t help but laugh as she was his only granddaughter. However, it was very sweet of him to say. 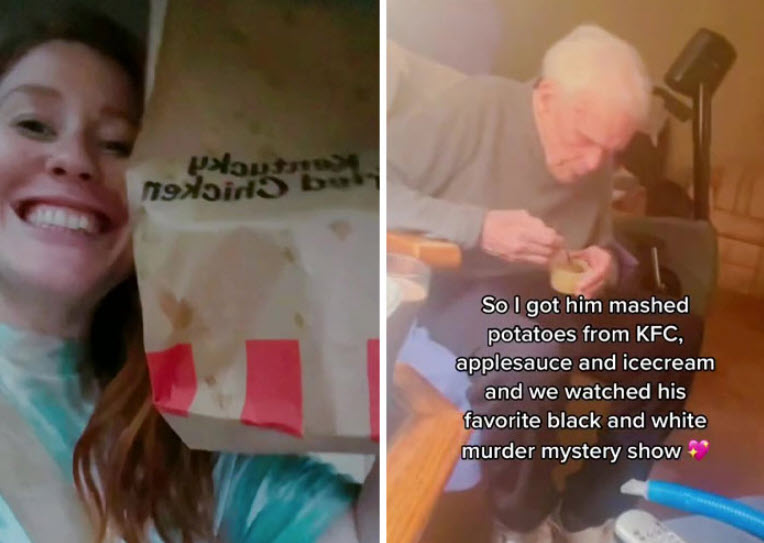 The two enjoyed ice cream and something much more special, each other’s company, as Meghan arrived bearing gifts. 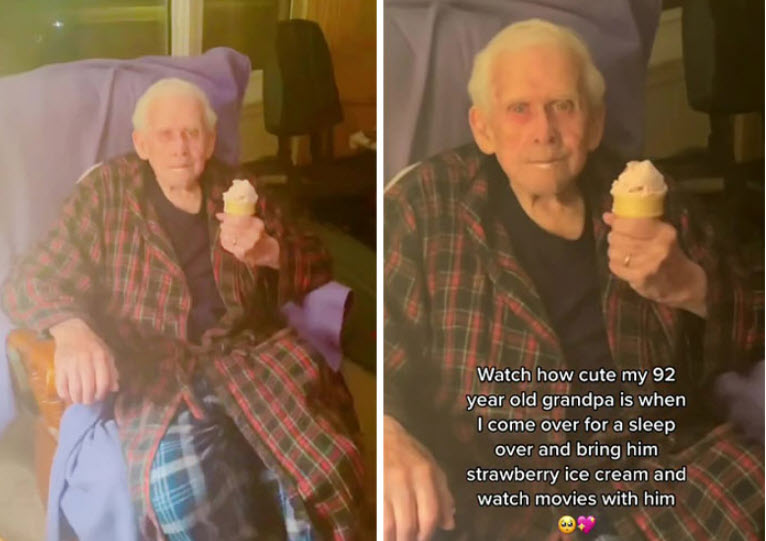 Before going to bed, they watched grandpa’s favorite black and white mystery show. Megan discovered that her grandpa had fixed up her old room the same way he and grandma did when she was small! 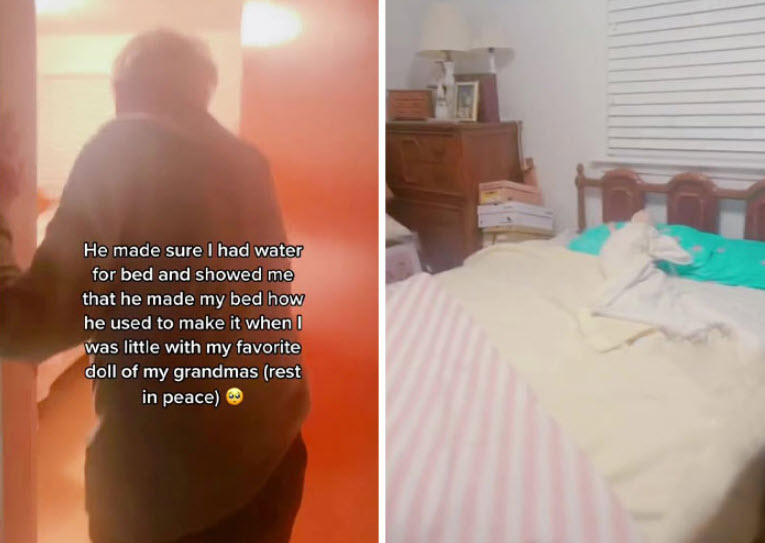 His granddaughter even had a glass of water by her bedside just in case she got thirsty. He made my bed the same way he used to make it when I was a little girl with my favorite doll of my grandma (rest in peace). He gave me a flashlight “just in case I got scared.”

Her video ends with her lying on the betting and getting teary-eyed. The caption read:

“Staying here brings back so many good memories from my childhood. I love my grandpa so much!” 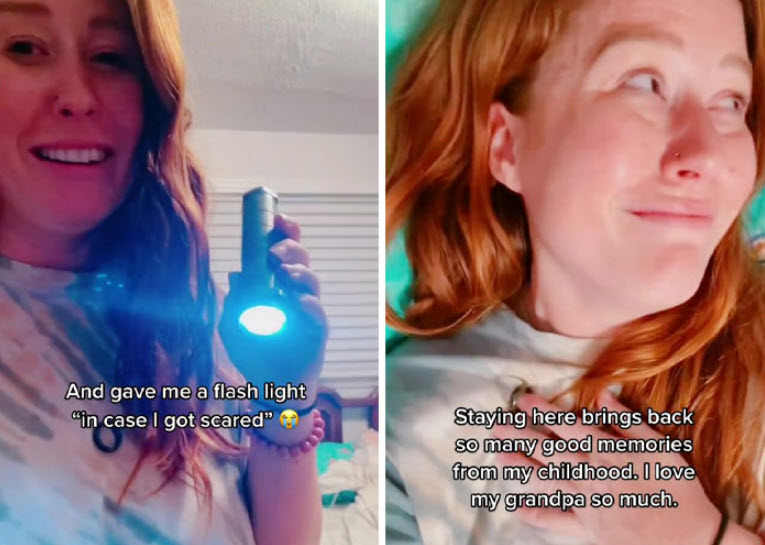 The girl had to leave early in the morning, so they couldn’t share breakfast, but grandpa wouldn’t let her leave without saying goodbye. 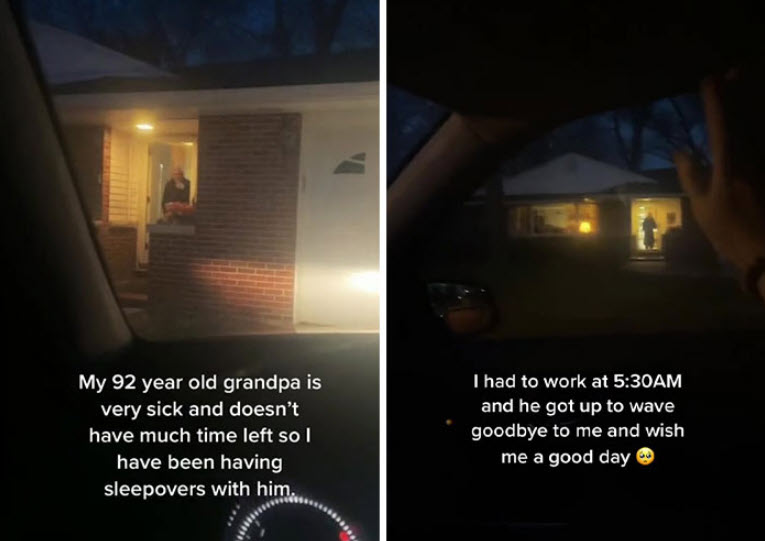 She said in the follow-up video: 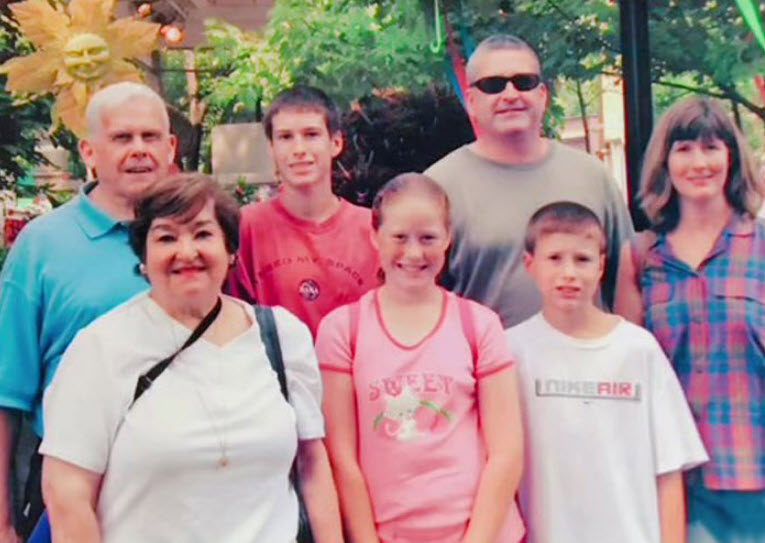 If that’s not pure love, tell me what is!

Watch her videos about this sweet story below, starting with video one.

Thank you for reading. Could you please share this story with your friends and family?